Mansfield University
« Back to Recent News

The annual event is organized by Mansfield University Military and Veteran Affairs and the MU Veterans Support Group and is open to the campus community and the public.

The Mansfield University Army ROTC presented the colors before music major Carson Witherite provided a moving rendition of the National Anthem. Roger Maisner, associate professor of health sciences and coordinator of Military & Veteran Affairs, was the master of ceremonies and Dr. John Ulrich, provost and senior vice president of academic affairs, gave the welcome for the event.

Nursing major and member of the Air National Guard, Victoria Newton, provide an explanation of the Missing Man Table on display at the event and Dave Muffley '93, a retired Navy veteran, read an original poem.

Jason Welch, PASSHE purchasing agent and U.S. Army Sergeant First Class, spoke about Larry Anderson '21, a Vietnam veteran and graduate of the Mansfield University social work program who passed away in August. "Uncle Larry", as he was affectionately known by his peers, left a lasting impression on everyone he met. 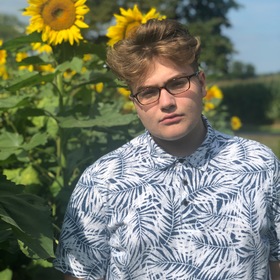